WELL, let me tell you the truth--I feel like I have no chance, I am seriously going to be messed up! Those two girls are just as different as night and day and who knows how I will ever really "gel" with either one and feel like I just read their mind, like we are one out there. I have heard that babies that grow up in bilingual homes are later to talk, and it takes longer for them to learn either language but all of a sudden they will be able to do both and end up further ahead of their single language counterparts one day....I can only hope that working with two such different dogs works that way for me, I will look retarded for a long while but I keep hoping it will be awesome when we finally do it, and I am seeing some glimpses of hope for myself, LOL. Just glimpses though.

I did a class with both dogs,...that is the first time in months I have done a class with both of them. Right off the start line, Lizzie went over a jump that was very angled, then turned and went through a tire where I could do a front cross, then over another angled jump into a tunnel--easy smeezie, and made me look like a pro. Next same sequence and Breeze could not go over a first jump at a big angle with me further on down the line, so I had to stay back and babysit that jump...which left me way too late for the front cross, and silly me, I got so stuck thinking of Lizzie's plan I did not even consider a rear cross, DUH. So then we have this 270 where there had to be a cross right after the 270. Breeze does that like a pro and I can slide across laterally to catch the front cross as I am supporting her out in the pocket, whew, that looked nice. Liz's turn and she could not stand me moving while she was out in the pocket so I had to wait and do a rear cross afterwards. Next going into the weaves....Breeze could NOT handle a rear cross because it makes her pay just a little too much handler focus and she misses the entrance because we are having some trouble with those, so I needed to get in place for a front cross for that. Liz loved the rear cross and the freedom to just run ahead of me, that really HELPED her catch the entry. At the end of the weaves Breeze needed a front cross to transition her to handler focus to get her past the entrance to a tunnel and the aframe and get her in the right end of the tunnel. Liz did so much better just decelerating and pushing her to the right end of the tunnel. The whole class continued like that, with both girls needing almost opposite plans. Both with such different challenges and weaknesses.

Anyway, you get the idea-they are sooo opposite and I was just slapped in the face with all the differences last night running one after another. I am keeping them straight and doing some of that already, but gosh I do not know how in a trial when you get one try I will ever keep those girlies straight.

Second class of the night I brought Cricket for some socializing. YIKES, she is a scary one, nailing everyone with her jumping. I was able to finally get her to settle and do some good work, so it all ended good, but she can sure be over the top when we walk in the gate.

Breeze ATE my jacket, a HUGE hole when I put my jacket over her crate so she would not freak out when Liz ran. YIKES, I should have known better, but now my new jacket is toast unless I want to wear it with a huge hole in the middle of my back....OOOH BREEZE!!! That was sooo naughty!

I was at the yard and in classes for almost 4 hours between all the dogs last night and I was so tired after dealing with all that border collie energy all afternoon, LOL.

This afternoon will seem like a vacation because Breeze has her class, and only Breeze gets to go today.
Posted by Kathy Mocharnuk at 8:02 AM

Did you just solve the nature vs. nuture question?

Those girls sure do keep you on your toes.

LOL, it is just funny, I know dogs have different personalities but....it is suprising how even trained the same they are so different, makes me realize how much of dog training is that connection, and listening to the dog, not a follow step 1, 2, 3 then add water type of thing.

It is very difficult to run two totally different dogs but it will make you an awesome handler :-)

Although not close in age (and Summit definately got much better foundation training), I would have to walk a course completely different for each dog based on skill-set, speed, hearing ability, etc. I did make many mistakes in the beginning and often forgot which dog I was running (I had a nightmare one time that I showed up at the line with the wrong dog), but it taught me a lot.

Sounds like raising kids. Both raised by the same parents, same house ect.. but they turn out so different. LoL Diana

I tend to get stuck on one method of running a course, too. But, I don't have the multi-dog excuse that you have. My trainer always talks about how her two GSDs are so completely different (one is exactly like Marge, the other is as drivey and fast as they come). It's so impressive to be able to run two. I think you do an awesome job with both of them!

Just WAIT til you're running Cricket, too! For your sake, I hope she's similar to either Breeze or Lizzie, or else it'll just be so complicated!

Wow, you're really working hard with your bunch. I like your comment about how it's about the connection to the dog and not running through specific steps.

I often wonder what it'll be like to work with another dog having my experience with my extreme Kona Girl.

The differences between Liz and Breeze are so interesting - I agree that you are sure to become an even better handler from just working with two such different dogs and coming up with ways to connect with each one. What a challenge! Mom says she's glad she only has me at the moment!

It's amazing how dogs can be so different! Drove me nuts running my Smooth Collie and my Border Collie on the same days... I can't imagine how it'd be to run two fast dogs that are so different! 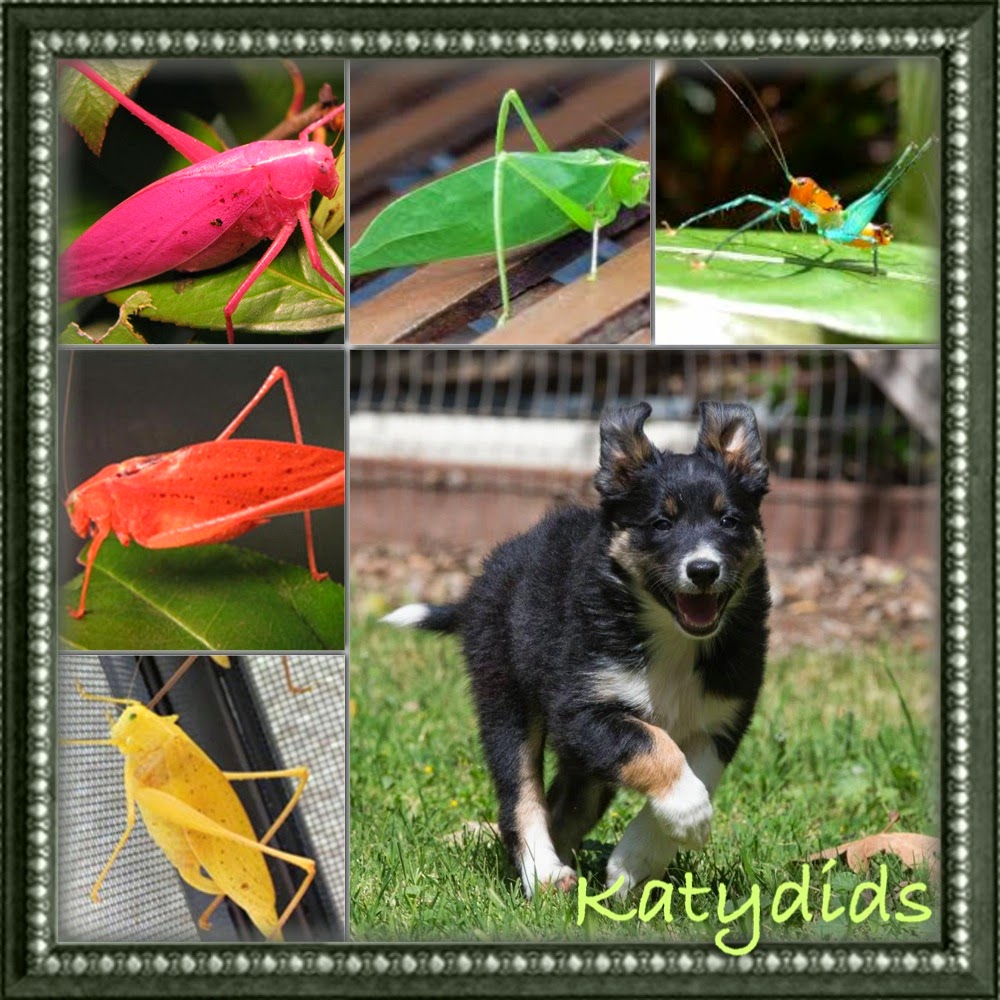 my newest addition who happens to be Crickets daughter

Quote of the Week


The Greatness of a nation and its moral progress can be judged by the way its animals are treated. Mahatma Gandhi

Every moment is an experience. Jake Roberts 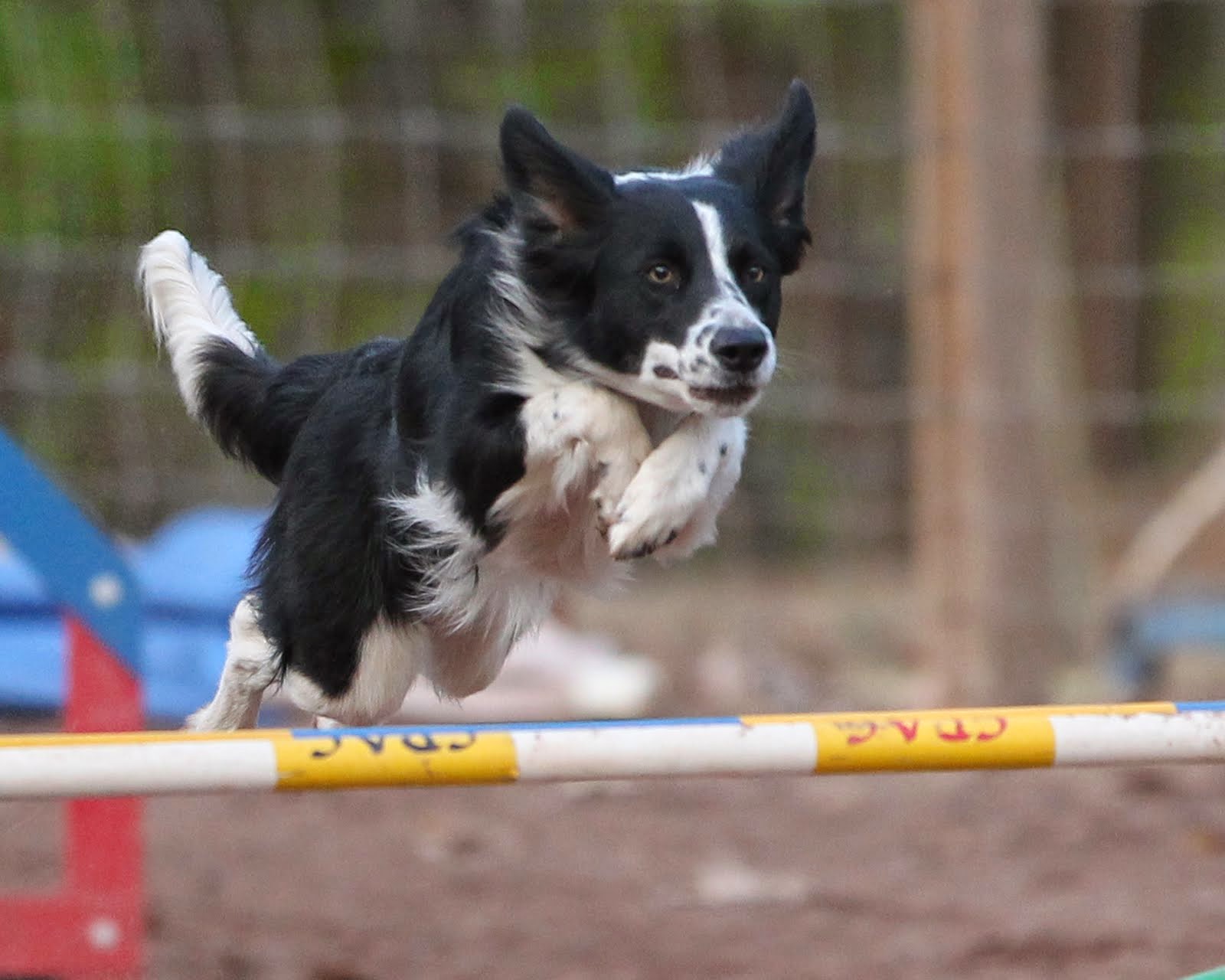 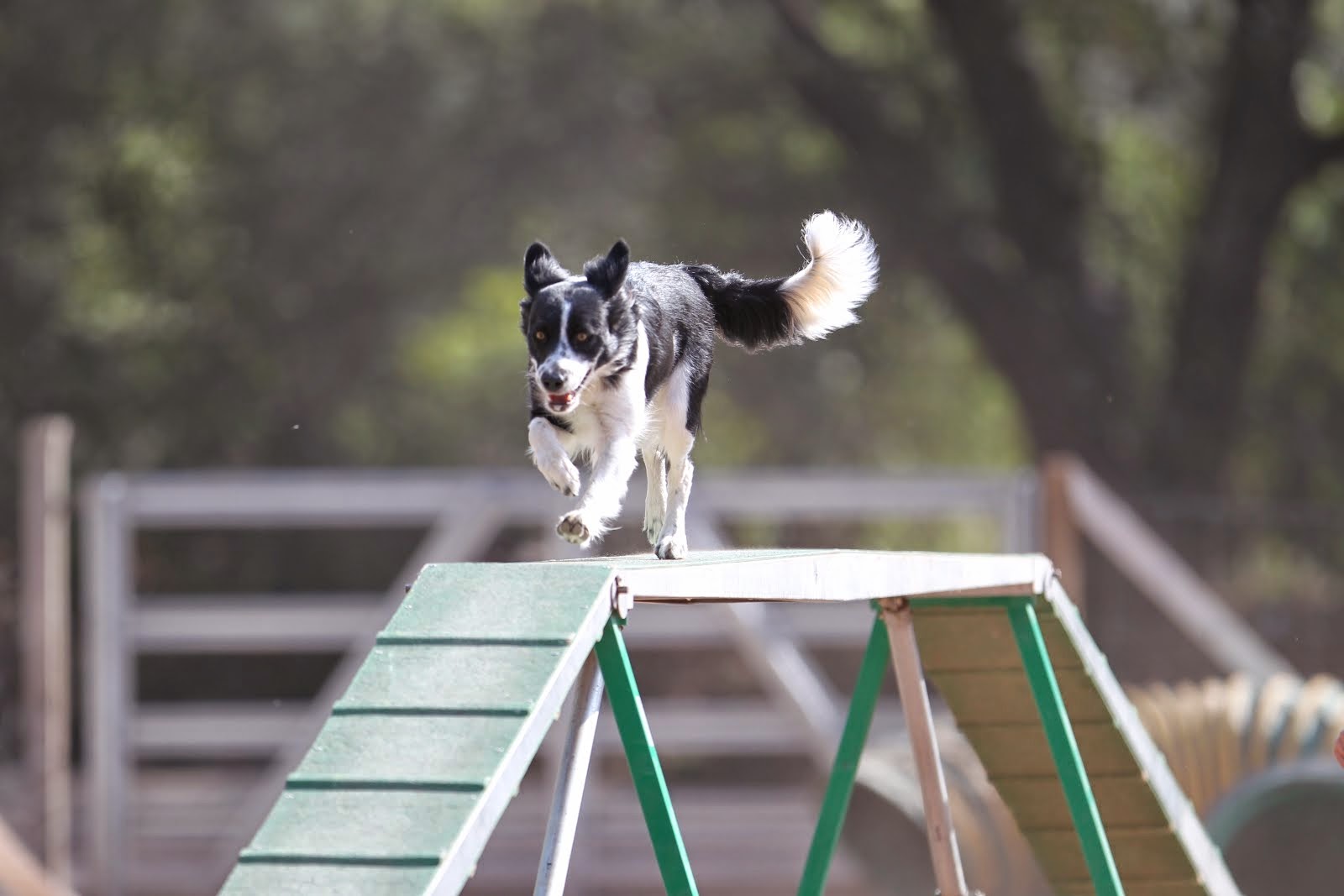 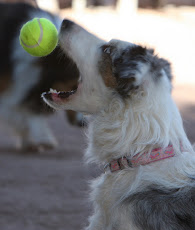 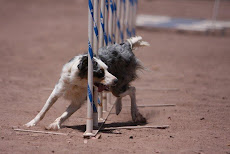 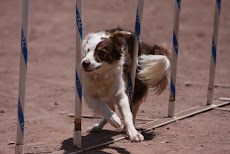 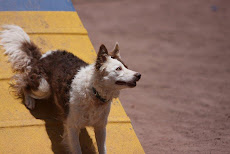 Quick as a Cricket "Cricket" 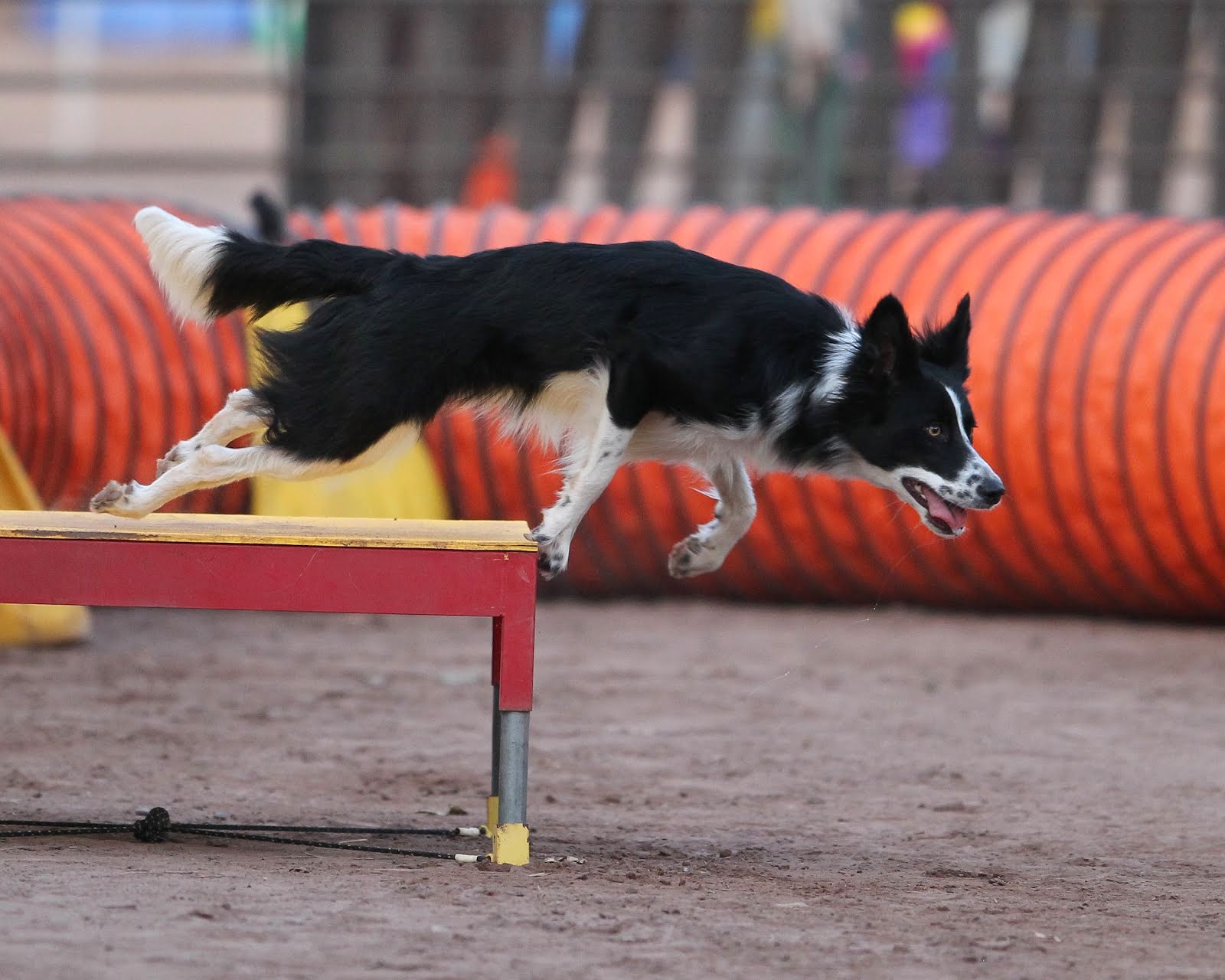 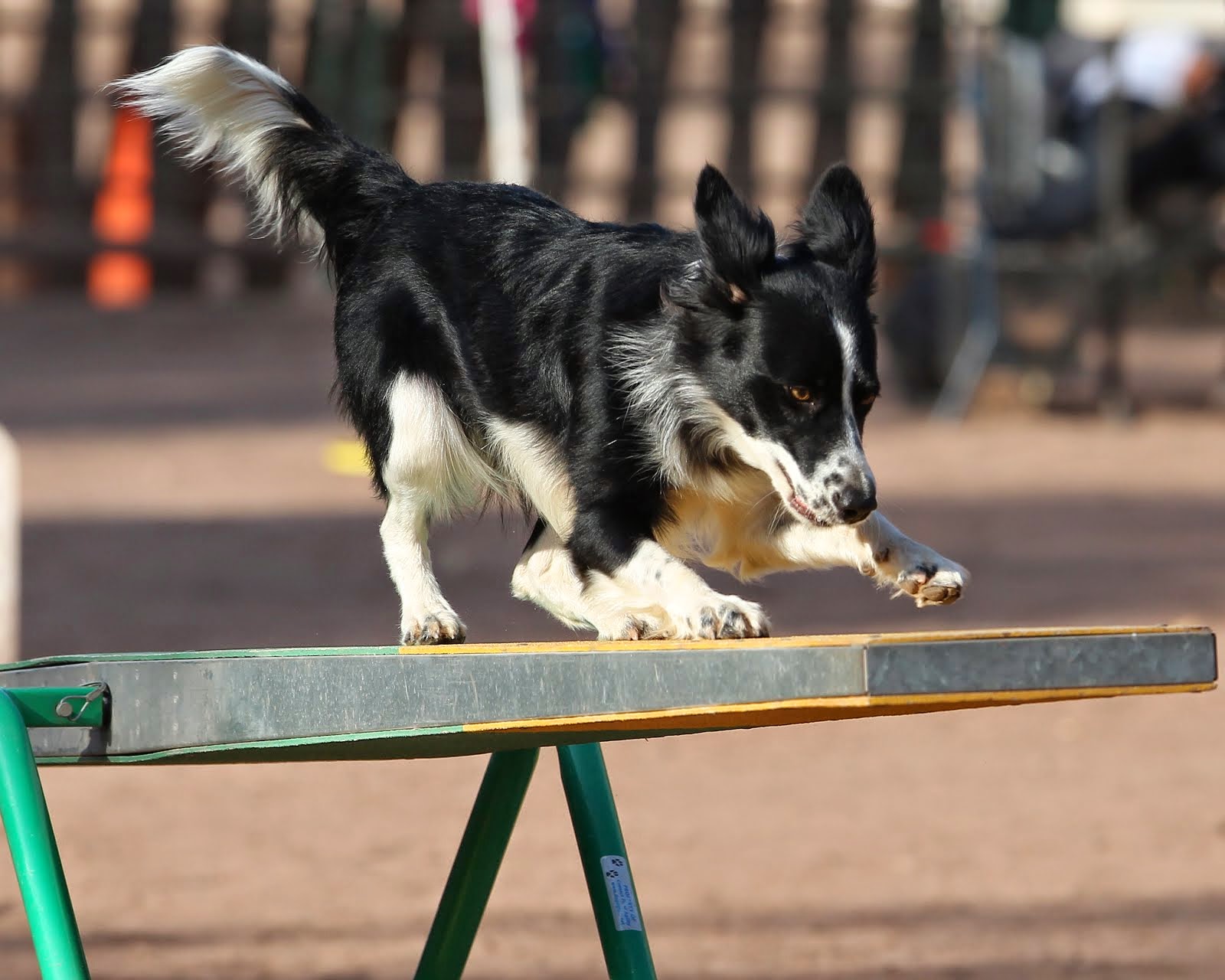 an awesome girl to work with 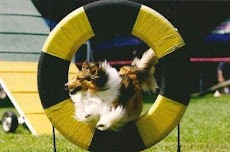 Cherry in the snow 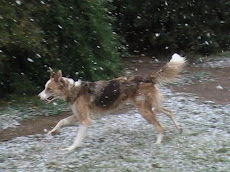 My Blog List-my favorite places to check out 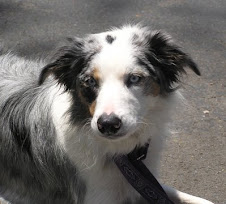 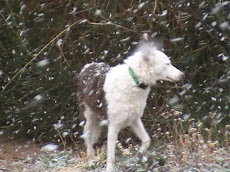 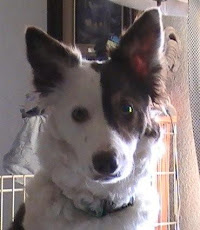